Here at Cogent, we get up to all sorts. We’ve been about since 1936, that’s 83 years, and over the decades we’ve done a lot, seen a lot and learnt a lot. We’ve worked with clients from just up the road, to the other side of the world. We’ve created memories, stories and moments. We’ve worked towards change, created movements and rallied pride.

Yet, in today’s fast-moving industry, it’s so easy to get caught up in the here and now, or obsessed with predictions for the future. So, it’s times like these we like to sit back, and throw it back.

Welcome to Cogent’s #ThrowbackThursday, where we reflect on some of the great advertising we’ve done over the eras.

Picture the scene. It’s the 1990s, the very first episode of ‘Friends’ has hit our TV screens, the Hubble telescope has just launched into space and the Euro has made its debut as the European currency.

Cogent, one of the first major advertising agencies outside of London, pick up a new brief for the AGA account.

AGA, founded in 1929, are known for their iconic cast iron stoves and for being invented by the Nobel Prize-winning Swedish physicist, Gustaf Dalén.

These simple yet effective ads draw on AGA’s pleasing aesthetics and warming nature while positioning the brand at the heart of the quintessential British home. 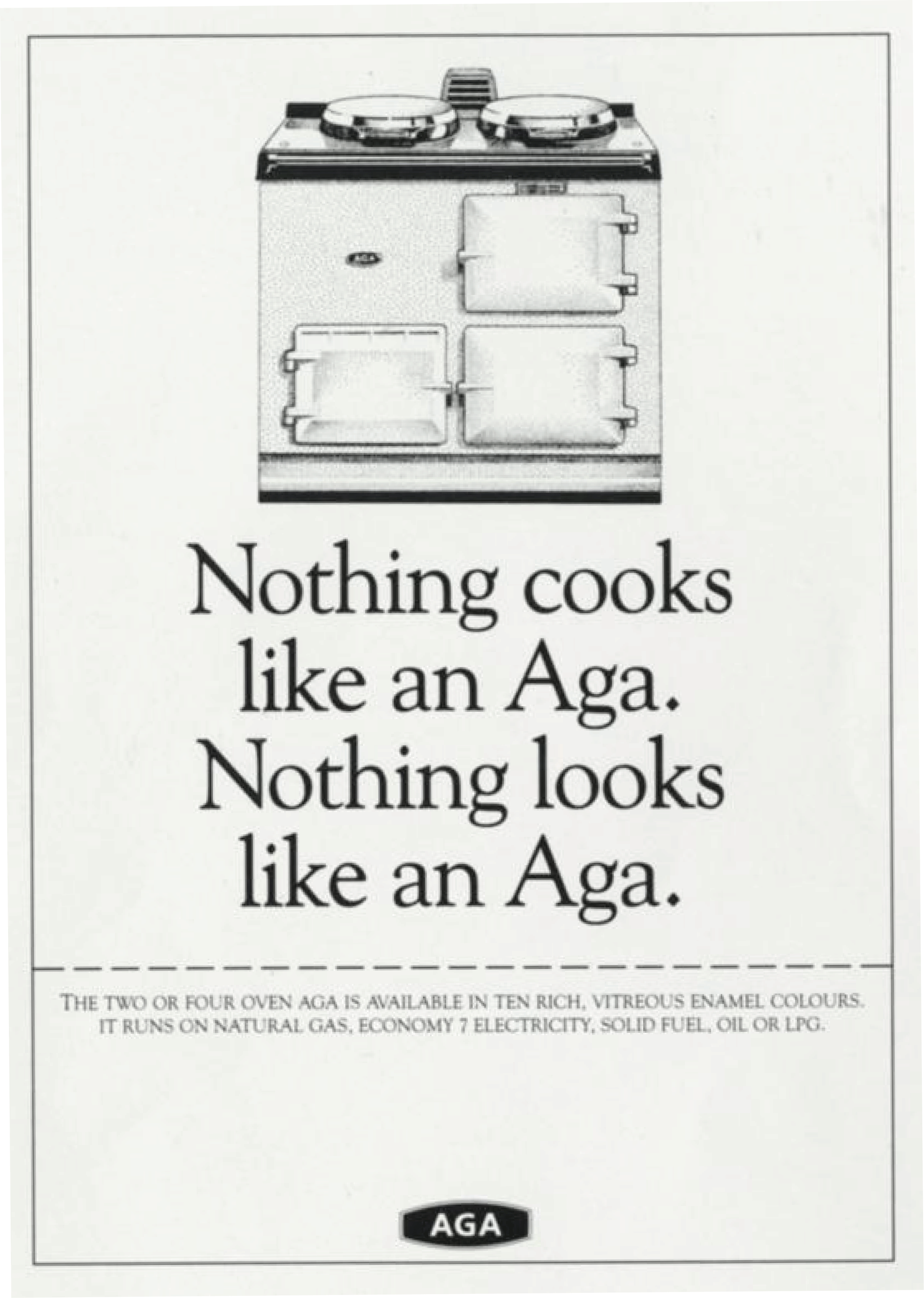 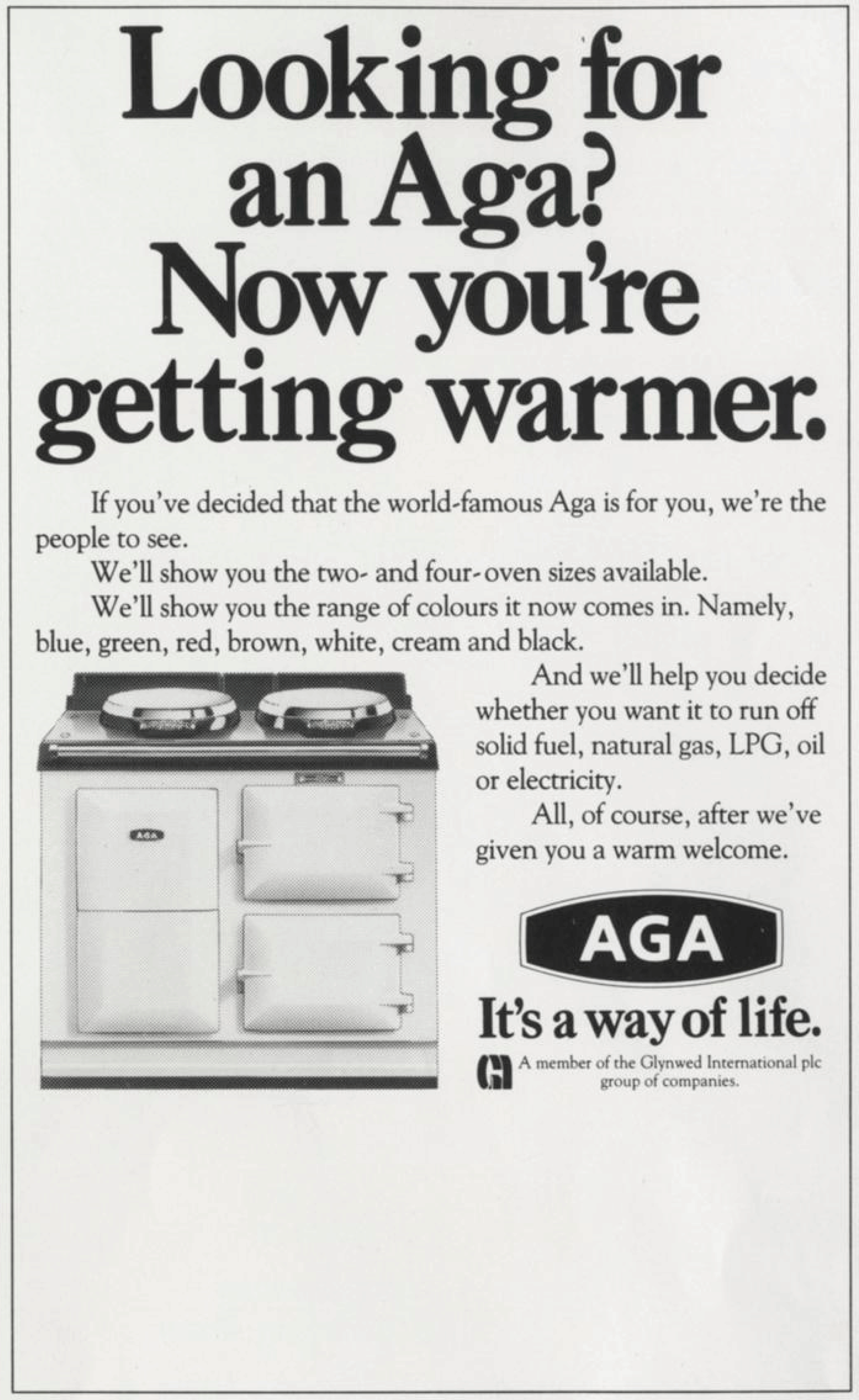 Copy: Looking for an AGA? Now you’re getting warmer.

If you’ve decided that the world-famous Aga is for you, we’re the people to see.

We’ll show you the range of colours it now comes in.

And we’ll help you decide whether you want it to run off solid fuel, natural gas, LPG, oil or electricity.

All, of course, after we’ve given you a warm welcome.

To find out more about our home-related work, explore here.