In the month where summer solstice graced our skies, honeybees graced our gardens and Love Island graced our screens, we reflect on the exciting things to happen here at Cogent over the last four weeks.

We started the month with a bang! A few members of the team made their way to the UK Content Awards where our client ATOS were awarded B2B Content Campaign of the Year. It was great to be part of a cross-agency collaborative team which helped to create a campaign that really delivered. Now that’s togetherness at it’s finest – well done team! 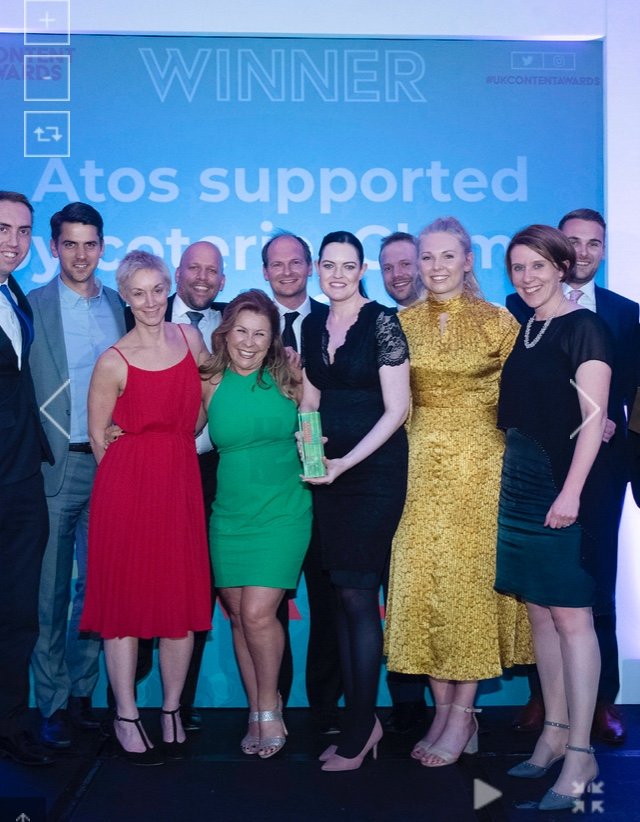 Now time for the good news bulletin. Hold your hats, because this June, we had some celebrating to do! To start, we welcomed two new Cogent babies into the world as two of the Relationship team gave birth to beautiful baby boys. Congratulations both – prepare for sleepless nights from here on out! Secondly, our very own Social Media Exec, Jack, won his white collar boxing match for charity this month – winning the fight in just the first round! And that’s not all. A member of our Growth team, Cathi, graduated from her Masters in Marketing with a distinction, while our amazing Strategist, Mary, also found out she got accepted into Ogilvy’s behavioural science school. After a long application process, Mary was chosen out of 155 other applicants. She’s looking forward to spending a week working on live briefs to create behavioural change with the police. Congrats everyone – we are very proud of you all! Now to take it outside Heath Farm. We think it’s super important to get out and about for inspiration. This month we headed to all sorts of interesting events, from Women in Tech, the Car Dealer Expo, The House & Garden Festival and Radio training at Radio Centre. It was here members of the team got to record their own radio ads and learn heaps about the evolution of sound and audio. There’s more – we also made it to the IPA Gold workshop in London which led to actively submitting lots of new plans for training and wellbeing initiatives across the agency. On the topic of PR, Ahmed also took a group of editors from leading manufacturing publications to tour our client, Sandvik’s, steel mill and additive manufacturing facilities in Sweden. Here they interviewed key people at the company and learned more about the innovative work that they do. A great trip which everyone found really interesting! We also launched some new work for client Network Q. We were briefed to create a digital campaign to accompany Vauxhall’s new car TRADE UP scheme – offering two years’ roadside assist instead of one. So, TRADE UP became DOUBLE UP.

On that note, we also launched some pretty cool stuff for Marston’s this month including the launch of a new summer cocktail menu and some amusing creative for Father’s Day, amongst much more. In other news, we made the most of a few food-themed hashtags (never missing a chance to stuff our faces!) as we cashed in on #NationalFishAndChipDay and #CupcakeDay. We also enjoyed a delicious lunchtime BBQ, but that wasn’t even for a hashtag, that’s was just ‘cus SUN! We ended the month by embracing #WorldWellbeingWeek. We had a whole host of self-care activities going on to keep everyone fresh and happy in the office. Our in-house masseuse paid us a visit, as did our yoga teacher and nail technician, while we all finished early on Friday and headed home to enjoy the sunshine!

Anyway, that’s all from us this month. You can be sure we’ll be back in a few weeks with lots more juicy gossip, but if you can’t wait until then, feel free to pop in for a cuppa and a chat in the meantime. We’d love to have you. For now, cheerio folks.